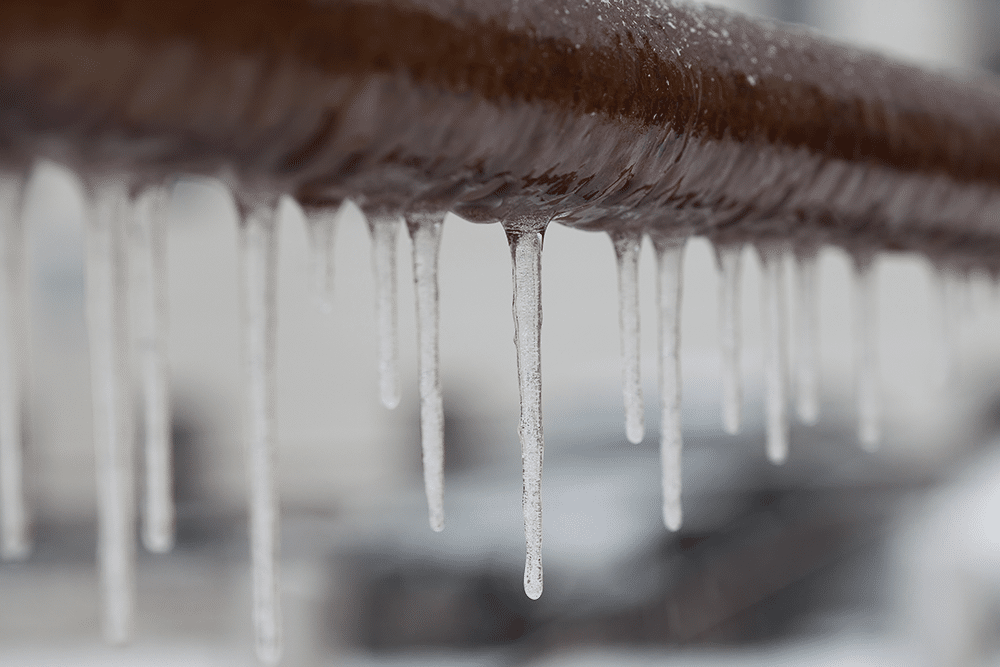 The Northeast is very familiar with brutal winters and long stretches of freezing temperatures.  Last year proved to be milder in terms of winter weather.  However, the Farmer’s Almanac predicts an especially cold and snowy one in the coming months.  For many, below-freezing temperatures bring with them added headaches and dangers.  These include longer commute times and icy driveways.  Homeowners must also deal with the potential for frozen pipes and the larger issues that may stem from them.

Preventing the Problem Before it Happens

If you’ve never experienced a frozen pipe situation in your home, consider yourself lucky.  Many homeowners aren’t aware of the preventative measures they can take to prevent these issues and learn the hard way.

The first step in preventing frozen pipes is learning all about your plumbing system.  You can then identify the pipes that are most likely to freeze during cold months.  Often, these are pipes near exterior walls, those that are outside and exposed to the cold, and those located in unheated parts of the home.  An inspection from your local plumber can help to identify the most at risk.

Insulation is the next step – for all pipes located in areas where freezing is a potential hazard, pipe insulation is strongly recommended.  This is a sleeve that surrounds the pipes and helps keep the temperature above freezing.  In addition to insulating the pipes themselves, think about room insulation as well.  Consider addressing any window gaps or misfit doors that allow for the freezing air to enter your home in the first place.  If you’ve got faucets that aren’t used as frequently during winter, occasionally turn them on to allow water to run through them and prevent freezing.

Additionally, be sure to not shut off your heating during periods of freezing temperatures.  Even if you plan on being away, keep your home heated to prevent pipes from freezing while you’re gone.

On the exterior of your home, there are several steps you can take to prevent frozen pipes.  If you’ve got a swimming pool or sprinkler system, the water lines for these need to be drained before winter weather arrives.  This is ideally done in the fall or soon after those items are retired for the year.  Doing so helps eliminate all moisture in the lines and prevents expansion when frozen. Also, drain hoses and shut off their valves before winter.

Lastly, consider purchasing a Freeze Alarm for your home.  These can be found at most home improvement stores for under $100.  They are designed to let homeowners know when temperatures in areas of their house reach dangerous levels.  This allows homeowners to be proactive in these situations and bring additional heat (i.e. space heaters) to those areas before pipes have the chance to freeze.

Signs that Pipes in your Home may be Frozen

Pipes are often hidden from plain sight.  So, it is important to know some of the most common warning signs that you may have a freezing issue.

If you’ve discovered you have frozen pipes in your home, it is crucial to respond quickly and correctly address them.  In some situations, pipes are accessible and homeowners can thaw the pipes themselves.  After shutting off the main water valve, there are several options for heating the portion of pipe that is frozen.  Hairdryers, (electric) space heaters, and hot-water soaked towels are all popular solutions.  In NO circumstances are you to use blowtorches or propane-powered heaters.  The same goes for any heating element that contains an open flame as it is a dangerous fire hazard.

Even though the main valve is shut off, keep the faucet turned on as you attempt to thaw the pipes.  As they unfreeze, water that was trapped will begin to flow.  This may happen quickly, so having towels at the ready is a good idea.

It is also important to note that one frozen pipe can also suggest others in the home are the same.  Inspect your home to be sure you address all problem areas.  In cases where pipes are not easily accessible or leaks appear, calling a licensed plumber is the best option.

We’ve already discussed how frozen pipes can lead to a lack of running water in the home.  Thawing a frozen pipe and taking preventive steps to maintain above-freezing temperatures may rectify the situation for some.  However, others experience more serious consequences that need immediate action.

In situations where frozen pipes are not thawed in time, they may burst and cause flooding in one or multiple areas of your home.  Pipes burst when the pressure builds up between a faucet and a blockage (frozen section). Depending on the extent of the floors and damage it causes, this can mean thousands of dollars in repairs.  That amount increases if homeowners are away for long periods and don’t realize a burst has occurred for days or weeks.

Keep your Home Safe with Flotechs Plumbing and Heating

For those that are new to homeownership or would like to get to know their plumbing system better, a consultation with a licensed plumber is a smart first step.  With a thorough plumbing inspection, Flotechs can show you all aspects of your system.  We help identify any areas for potential problems and set you up with a plan for maintaining your system and preventing issues like frozen pipes.  Contact us today to schedule your plumbing inspection and gain some peace of mind for the upcoming freezing months. 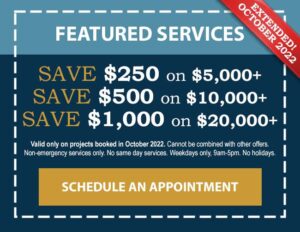